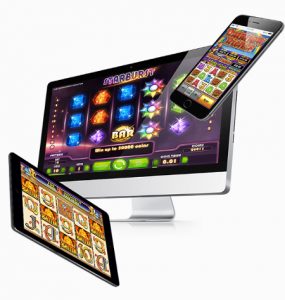 Many have asked what the secret behind the success of top online and mobile casinos is. The answer? Their gaming software. The two giants of the industry are without a doubt Microgaming and NetEnt. Once you take a closer look at their history, quality, achievements, creations and innovations, you’ll quickly understand why they power the best casinos in the virtual player space.

Microgaming was there from the very beginning, creating software for the first ever online casino to be launched back in 1994. Based in the Isle of Man, the company who supplies their content to over 400 casinos, has created in excess of 850 unique games with over 1200 variants to date – covering online, mobile and even smartwatch platforms. Microgaming’s passion for innovation has also earned them a number of prestigious awards over the last 20+ years, including accolades from the Global Gaming Awards, Gambling Online Magazine, Casino Player and Casinomeister – to name but a few.

NetEnt, or Net Entertainment, kicked off its operations over 20 years ago in 1996 and has grown into one of the leading gaming software providers. It boasts an impressive selection of over 200 premium games, providing their creations to over 170 top casino operators worldwide. In 2014 alone, their gaming systems processed over 21.4 billion gaming transactions. Also known for their innovative approach, their 1000+ global employees strive to bring something new to the virtual gaming world, year after year.

Over the last two decades, NetEnt has wowed online casino players with a host of memorable slots, designed to provide the ultimate virtual gaming experience. One of the most popular titles in recent years is the animation-rich Gonzo’s Quest™ – The Search for Eldorado. It’s joined by numerous other fun-filled video slots like Jack and the Beanstalk, Crime Scene, Cosmic Fortune and Disco Spins, as well as branded video slots like Guns N’ Roses™, Dracula™ and The Invisible Man™.

Microgaming’s impressive list of hundreds of online slots include a number of block-buster themed titles like Bridesmaids™, Jurassic Park™, Playboy™ and Terminator 2™. You’ll also find 40+ progressive jackpot slots such as the millionaire-making Mega Moolah series in the mix. The game themes are endless, with inspiration drawn from all over. Players can take their pick from mythology-inspired video slots like the Avalon series, Thunderstruck series and Hot as Hades or go on an adventure with Jungle Jim, Girls with Guns or even Tarzan™.

Biggest Winners from Each

The biggest payout on a NetEnt game in turn was on Mega Fortune™, which broke the world record for a mobile jackpot payout in 2015 with a total of €8.6 million and was also featured in the Guinness World Records for a single online payout of €17.86 million. In turn, Microgaming’s progressive jackpot network is rated the biggest in the online gaming industry and to date has paid out in excess of €716 million to lucky winners. Its biggest life-changing jackpot payout was won on Mega Moolah by Jon Heywood, breaking the previous Guinness World Record with a staggering €17.88 million.